GET FREE SHIPPING ON ORDERS OVER $30! USE PROMO CODE: SHIP4FREE

The Different Types of Corn

This article might be a little corny… but did you know there are four main different types of corn? In the corn family, there is flint corn, dent corn, sweet corn, and the best kind of corn of course known as popcorn! Each type of corn is unique. America’s Favorite Gourmet Popcorn has the facts on these various types of corn: 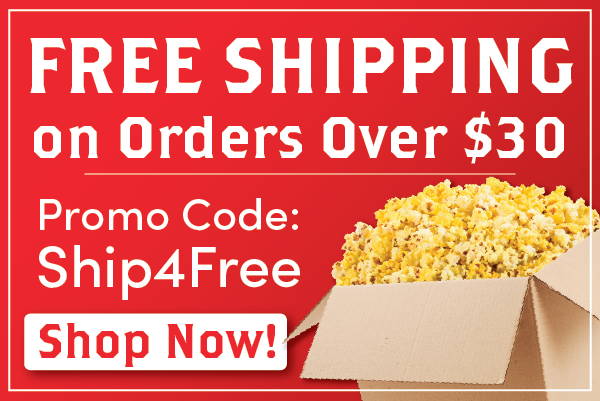 This type of corn is usually not eaten but rather used for decorations on the Thanksgiving table. Flint corn is hard on the outside of the shell and comes in a variety of colors such as red, yellow, and orange. You can find flint corn growing in South America as well as Central America.

The dent corn is somewhat like flint corn as it can become hardened when dried out. Dent corn is widely used around the world to feed animals such as cows. This type of corn can also be spotted in some of the food products you buy at your local grocery store. Dent corn is most commonly grown in the United States of America.

Do you like eating corn on the cob? If so, you are most likely eating sweet corn! Sweet corn is the softest of corn as it contains a high amount of sugar. The sweet corn is best to eat when it is at its ripest.

We may be biased, but we saved the best for last: popcorn! Although other types of corn may have somewhat of a reaction when heated, no other corn pops like popcorn. Popcorn also has an extraordinary taste different from other corn. Due to the small drop of water contained in the center of the kernel, once heated, the moisture enables it to pop. In a variety of Native American cultures, people believed the popcorn kernels had spirits inside of them. When they heated the popcorn kernels and the kernels popped, it was thought the spirits were upset and therefore left the kernel.

Which type of corn is your favorite? We know which one ours is and hope you stop by and try some of America’s Favorite Gourmet Popcorn! We have over twenty-five different delicious flavors and counting!

Check out our other blogs!

For the latest news, flavors, recipes, & specials, enter your e-mail address below.

For the latest news, flavors, recipes, & specials delivered right to your e-mail, enter your e-mail address below.

By clicking enter you are verifying that you are old enough to consume alcohol.

Your cart is currently empty.